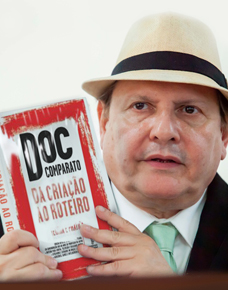 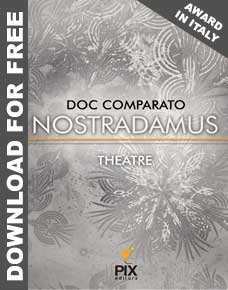 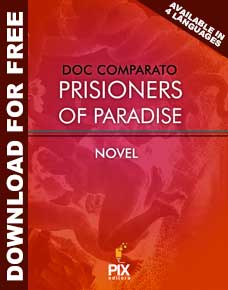 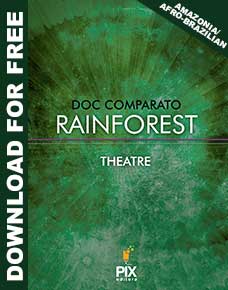 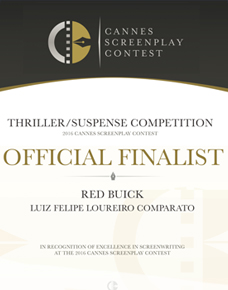 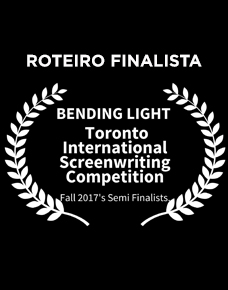 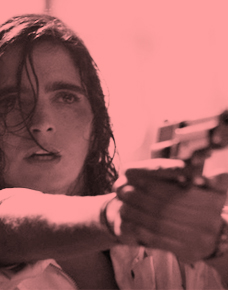 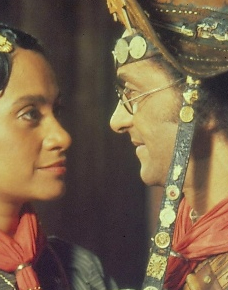 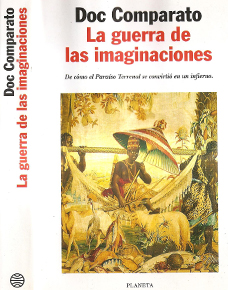 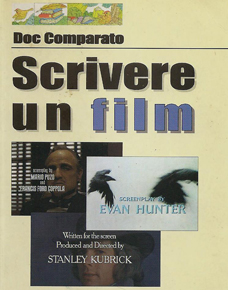 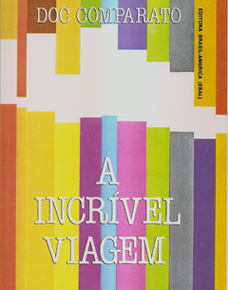 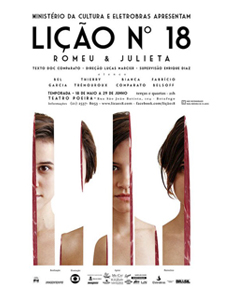 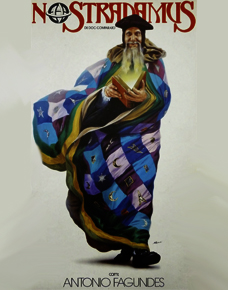 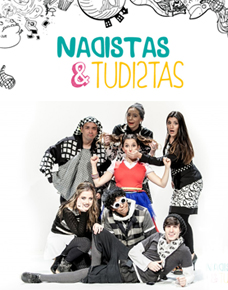 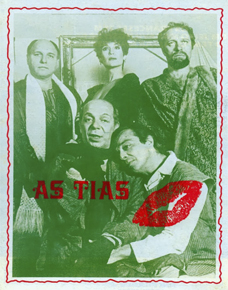 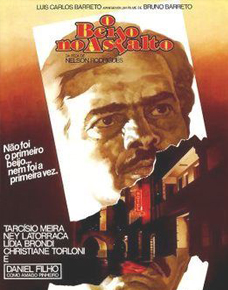 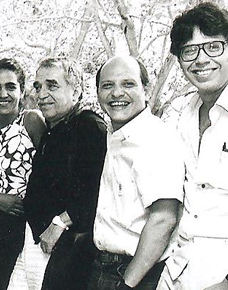 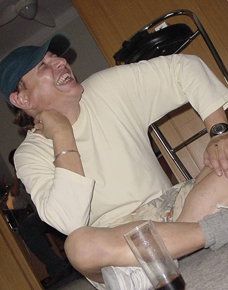 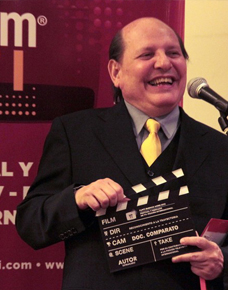 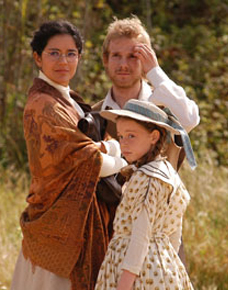 A truly international figure, Comparato has lived for extended periods outside of Brazil, engaging in innovative media projects in England, Portugal, Spain, Italy, Germany, Cuba, Mexico and Argentina and has travelled throughout Latin America and Europe working as a professor, script consultant, Creative Adviser, and Script Doctor. In 1987, he worked with Nobel Prize winner Gabriel García Márquez on a miniseries, Me Alquillo Para Soñar/Rent Dreams in Cuba - produced on TV-E, in Madrid in 1990 - and with Russian script writer Alexander Chlepianov in Moscow.

From 2002 to 2003 he lived in Barcelona where he worked as a scriptwriter, as well as creative director for Prodigius Audiovisuals (Producer of European TV-movies) and also director of DEA Planeta for the development of miniseries and European audiovisual projects. He was also Consultant for the European Script Foundation - Pilot Project. His Spanish/Catalan script credits include Hospital and Arnau (Miniseries/ Barcelona/1994). His two books on writing screenplays - Roteiro, arte da televisão (1983) and Da Criação Ao Roteiro (1995) - have gone through several editions and languages and remain important pedagogical references today.


A frequent lecturer and professor in Latin America and Europe, he continues to give seminars, courses and lectures worldwide. Doc now lives in Rio de Janeiro. Comparato possesses seven international prizes, including the New York Film and Television Festival’s gold medal. His last academic position was in 2004 at the DBBFDeutsche Film- und Fernsehakademie Berlin (German Film and Television Academy Berlin) in Berlin. In theater his most recent achievement was the opening of his play Nostradamus in Rome, Italy, and the Ana Magnani award.

In 2014 he went to Switzerland, invited by the European organization DreamAgo, as a Script Doctor for 8 international scripts and to Cuba for the opening of the Escula Internacional de Cine y TV de San Antonio de Los Baños (International School of Film and Television in San Antonio) in Los Baños.

In 1982 the book Script was released; it was a pioneering book in Latin America about the art and technique of writing for film and TV.


In 1984 Da Criação ao Roteiro (From Creation to Script) was released; it was considered a fundamental tool for screenwriters and film students. In 2009 it was reedited by Summus Editorial with updates and further studies on introduction to digital Medias. His fiction book A Guerra das Imaginações (War of Imaginations) was edited in seven countries. Furthermore he has written two children´s books Nadistas & Tudistas and A Incrível Viagem (The Incredible Journey). 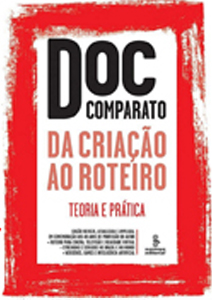 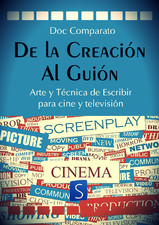 DOC COMPARATO IN DIGITAL BOOK COLLECTIONS:
Publishers used to avoid certain types of books because they were considered bad sellers: plays, poetry, short stories, biographies… With the e-books everything has changed. All genres are welcome. And we decided to invest in drama, in the theatrical work of dramatist Doc Comparato. The author has lived in many different countries and so his work is very diverse. His book on scriptwriting has been translated into many different languages. What about his plays?

His work is divided into three trilogies: Tomorrow’s Trilogy, comprised by plays written in the 1980’s and 1990’s: Plêiades, O Beijo da Louca (The Crackbrained´s Kiss), for which he won the National Theatre Award, and O Despertar dos Desatinados (The Rainforest), not yet staged. After that, came the Trilogy of Time, with plays written until the year 2000: Nostradamus, Michelangelo and O Círculo das Luzes (The Circle of Lights) – all of which have been staged in Brazil and Italy. Nostradamus won the Anna Magnani Award. And finally, Trilogy of Imagination which is comprised of his most recent works, plays that have not been published until now and have yet to be staged. The plays are: Sempre, Jamais and Eterno (The Secret Days of Orson Welles in Brazil). With a very powerful imaginative and visual capacity, he brings to life the writer of children’s books, Calabar a traitor and also the secret life of Orson Welles in Brazil, these texts although apparently simple are full of hidden meanings. They are well worth reading. Apart from the trilogies, Doc has other plays that will be included in the second wave of digital editions. The children’s play A Incrível Viagem, Lição N° 18 and A Misteriosa Morte do Supremo Imperador da China e Outras Histórias. It is worth reminding that this material is only licensed for reading.

LESSON NUMBER 18:
Theater play dates the first participation of the actress Bianca Comparato as the lead role in a play written by her father.

The play by Doc Comparato presents, with humor, sarcasm and cynicism, the story of a theater playwright searching for opportunities and recognition. In a train going to Turin, he receives an unknown manuscript from the XVI century that contains the original text that Shakespeare would have used to write his classic Romeo and Juliet.

COMPARATO’s AVAILABLE UNPUBLISHED MATERIAL
What author doesn’t have a text hidden up his sleeve? Download: Lexical Choices Along the Creative Process of Doc Comparato.

Here you will find articles, storylines and some scenes from unpublished scripts for film in English and Portuguese, parts of TV projects, miniseries and series, all unseen as of yet. Texts like: O Diário Secreto de Um Roteirista (The Secret Diary of a Scriptwriter) tribute to Gabriel Garcia Marquez and other projects already sold but awaiting production. Some are creations that were in Doc Comparato’s drawer but deserve attention, all this material is registered and the author is an associated of the SGAE (Sociedade Espanhola de Autores – Spanish Society of Authors) n° 902181067. If there is any interest in downloading the full material, please get in contact through the website or SGAE (Brasil)

e-mail: faleconosco@abramus.org.br and make your request.

DA CRIAÇÃO AO ROTEIRO (From Creation to Script) shares with the student a broad knowledge, segmented in a prolonged experience of script writing for film and TV in Brazil and the world.

These powerful communication tools and their derivatives represent the natural habitat of Doc Comparato’s potent creative spirit, an author of texts that today has galvanized his position in cinematographic fiction and TV. What is offered to the student in this seminar is the result of extensive knowledge founded on professional experience; this knowledge and experience are transmitted throughout these meetings in a methodical and systematic way, leading to the highly specialized training of professional individuals. The structure of the seminar is outspokenly didactic, and analyzes important aspects like dramatic conflict, character, actions, units and dramatic timing; also the optimization of creative capacity in general. However, the pedagogical character of this seminar doesn’t inhibit vivacity of expression, it combines an indispensible technical accuracy with an active creative input from the participants. Learn more about Seminar and Script Doctor